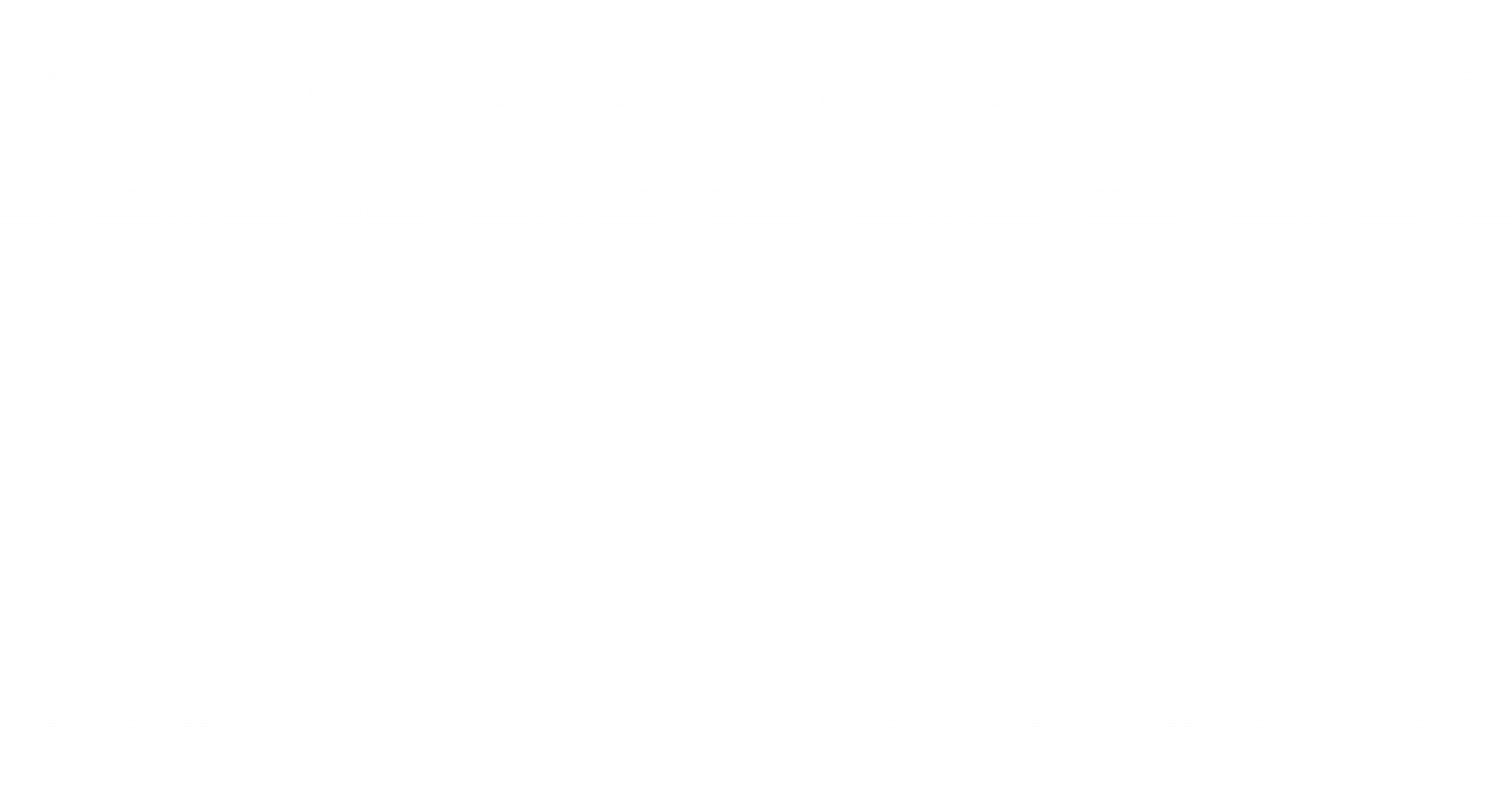 East Seaton Farm is a leading soft fruit grower in East Scotland with more than 100 ha under management. The family business, formed in 1991, supplies the major supermarkets in the UK. They grow their blueberries and strawberries on soilless substrate with drip irrigation lines. Water is sourced locally from bore holes – while easily accessible and sustainable, this also posed a challenge, and that’s where HPNow comes in. 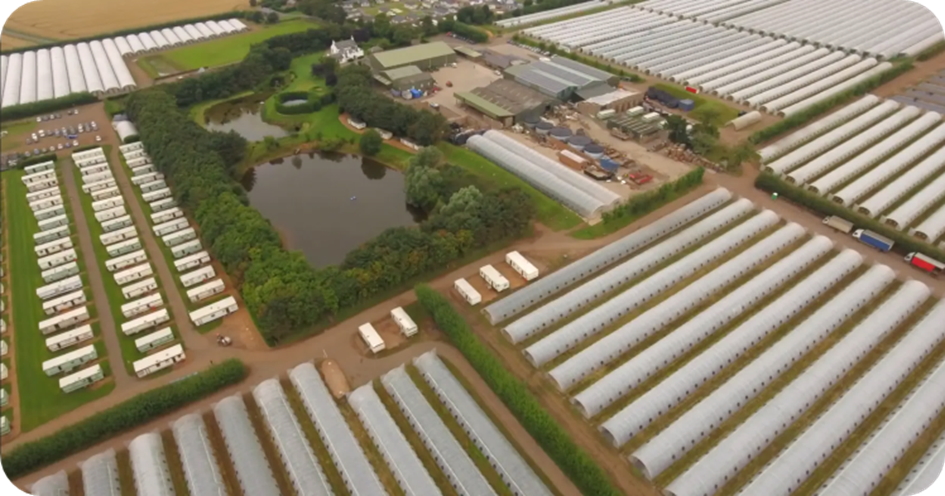 The irrigation water, taken out of the bore holes, is drawn into 50 m3 holding tanks, from where it flows into the main irrigation manifold. The grower reported recurring outbreaks of a slimy white substance within the irrigation lines, holding tanks and irrigation system, which was substantially blocking drippers and resulting in non-uniform irrigation. In addition, the grower also reported iron deficiency in the crops, despite the use of iron fertilizers.

East Seaton asked HPNow for help in combating the negative impact this had on irrigation uniformity, system maintenance costs, crop yield and plant health. Analysis performed by HPNow showed high levels of iron within the white substance, which meant the substance was absorbing iron meant for the plants and explains the observed iron deficiency. Further consultation with plant pathogen experts pointed to iron oxidizing bacteria as the cause of the white substance. 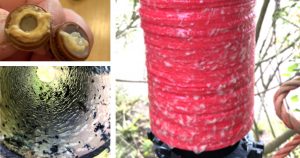 Iron in the fertilizer feeds bacteria growing in the irrigation lines (white slime in the pictures), clogging drippers and depleting the crop from iron nutrients. 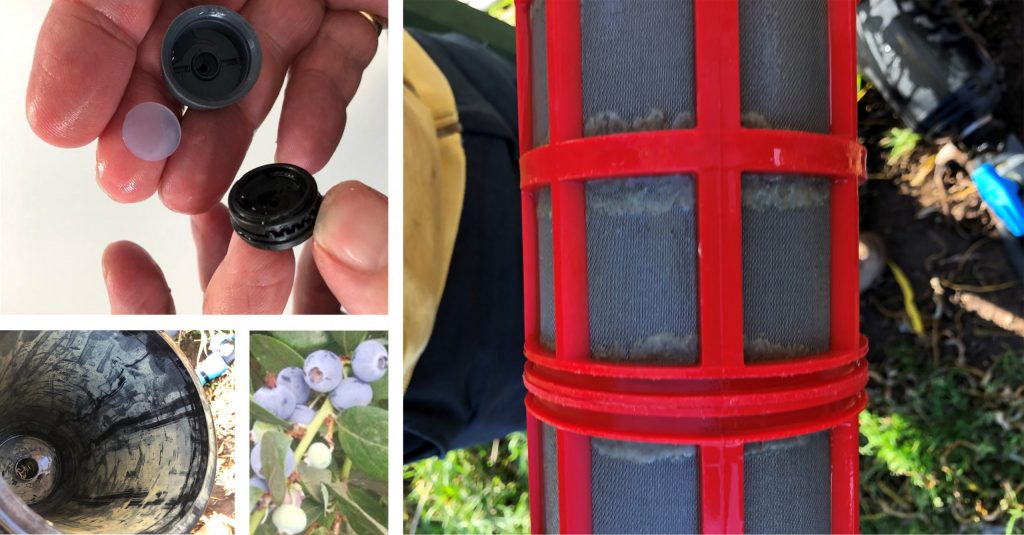 After application of Peroxide Ultrapure™ the white substance was removed, the drippers were flowing again and the crop’s iron deficiency was corrected. 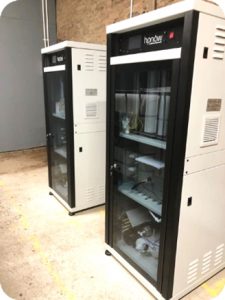 HPNow’s recommendation was to pursue a combination of periodic shock treatments in the main lines combined with continuous dosage in the laterals throughout all irrigation cycles. HPNow distributor Penny UK installed two HPGen A2000 Peroxide UltraPure™ systems at the farm to control the white substance in the water, leading to positive results within weeks.

Using HPGen Peroxide UltraPure™ proved highly effective for Allen Innes, East Seaton Farm Manager, who reported the white substance was nearly eliminated within a few weeks. “HPGen has been the ideal solution for us, and we are now looking forward to a clean irrigation system and a healthier crop”, he comments. 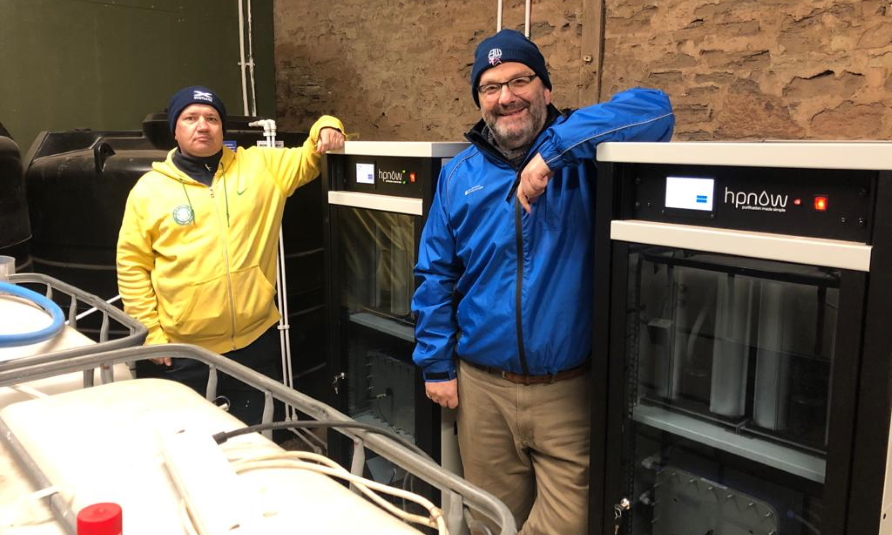