Peace Tree Farm is a multigenerational family business dedicated to the production of nursery specialty plants, such as basil and lavender. It is an organic operation known for quality, consistency and sustainability. Plants are grown in an ebb and flow system, which ensures a good availability of water and fertilizer to all plants. Overhead sprinklers support irrigation as well. Water is recirculated through the facility.

While this is very sustainable, it also poses some risks in terms of spread of disease throughout the nursery, as well as dissolved oxygen availability. Of special concern is the fungus Pythium, which attacks the stem of the plants and causes them to rot. Due to the nature of the water recirculation system, as soon as Pythium is present in one plant, it can very quickly move to other plants throughout the nursery, causing major losses.

Peace Tree Farm has always been aware of this challenge, and they implemented an ozone system prior to HPGen. However, ozone only had a local effect, and it is a complex chemical to handle, as it is a toxic gas with very low water solubility. Accordingly, it had a limited effect on Pythium, and Peace Tree got used to seeing losses of plants as high as 20% in the summer season. 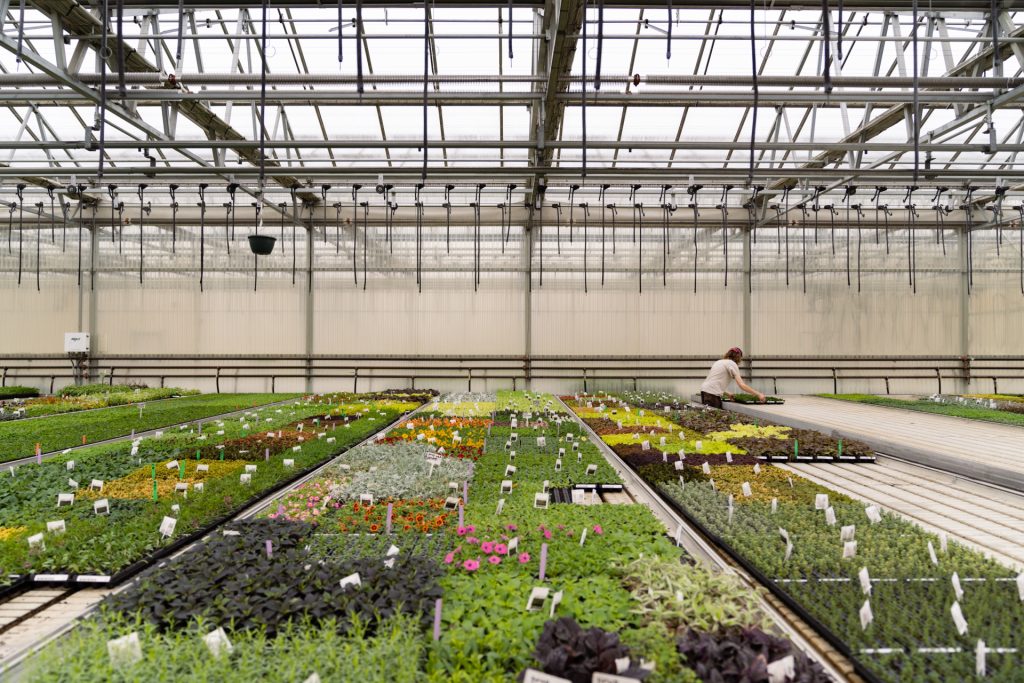 “One of the primary crops we grow is a twice-a-week shipment of live organic potted herbs”, says Lloyd Traven, President of Peace Tree Farm. “It has to be absolutely consistent, it has to be clean, and it has to look the same in December, with the worst conditions of the year, as it does in June, which has the best conditions of the year. The whole system is built around creating this. The disinfection of our water is a key component of that as well.”

Head Grower, Alex Traven, adds: “Summer months used to really be a great source of anxiety. There’s a lot of rootzone diseases, like Pythium aphanidermatum, that can cause huge losses to crops like rosemary and lavender. It really got to be really stressful, worrying if a crop was actually going to make it to sale.”

To improve greenhouse operations and decrease risks of Pythium outbreaks, one HPGen A2000 system was installed in the technical room of the facility, with a triple objective:

HPGen™ systems generate a safe concentration of Peroxide UltraPure™, a very high purity solution of hydrogen peroxide. Peroxide UltraPure™ is injected into the ebb and flow irrigation system through a dosing pump. As Peroxide UltraPure™ travels through the water it eliminates bacteria and other living organisms, making sure water is free from Pythium and other unwanted pathogens. As peroxide reacts, it becomes oxygen and water, leaving no residues behind. This extra oxygen boosts the root zone, improving its health and accelerating overall plant development. When using Peroxide UltraPure™ there is no limit to recirculation, as differently from other substances such as industrial peroxide, chlorine or peroxyacetic acid, it does not leave any residue in the water.

“We looked at HPNow because they are the only company that is offering Peroxide UltraPure that is generated on-site at the facility itself. It’s a good, solid system, it’s self-contained, and it’s easy to install,” explains Lloyd Traven.

After dosing Peroxide UltraPure™ the differences in plant development became very evident, as shown in the comparative picture of lavender crop: 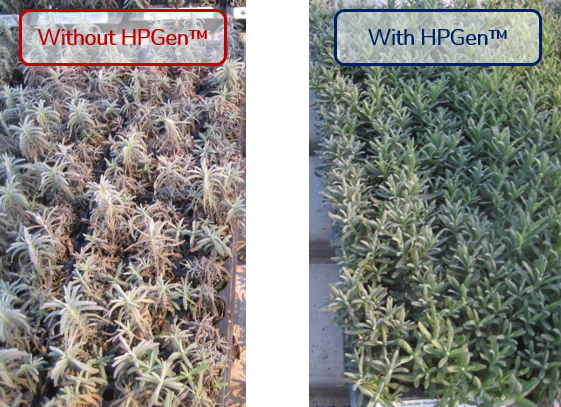 Peace Tree Farm have since observed better consistency in their plants, with all batches behaving in a predictable manner that have enabled improved financial planning and profitability. The grower was also able to significantly decrease application of fungicides and corrective treatments, with the related financial and time savings. In addition to this, the improved plant health and stronger root system meant the plants were ready for market faster, which led to a 5-week reduction in growth times. This faster crop cycle means there can be more cycles in a year, and each cycle takes less inputs such as fertilizer and artificial light to grow.

“The HPNow system has been a really great way to cut down on losses due to soilborne diseases, without chemicals or chemical residues,” says Alex Traven. “Before we had the HPNow system installed, we were pretty used to summertime losses of certain crops like lavender of 10 to 20 percent crop losses. But in the past year using the HPNow system, our losses were closer to 1 percent or lower, and that’s a really incredible improvement for us.” 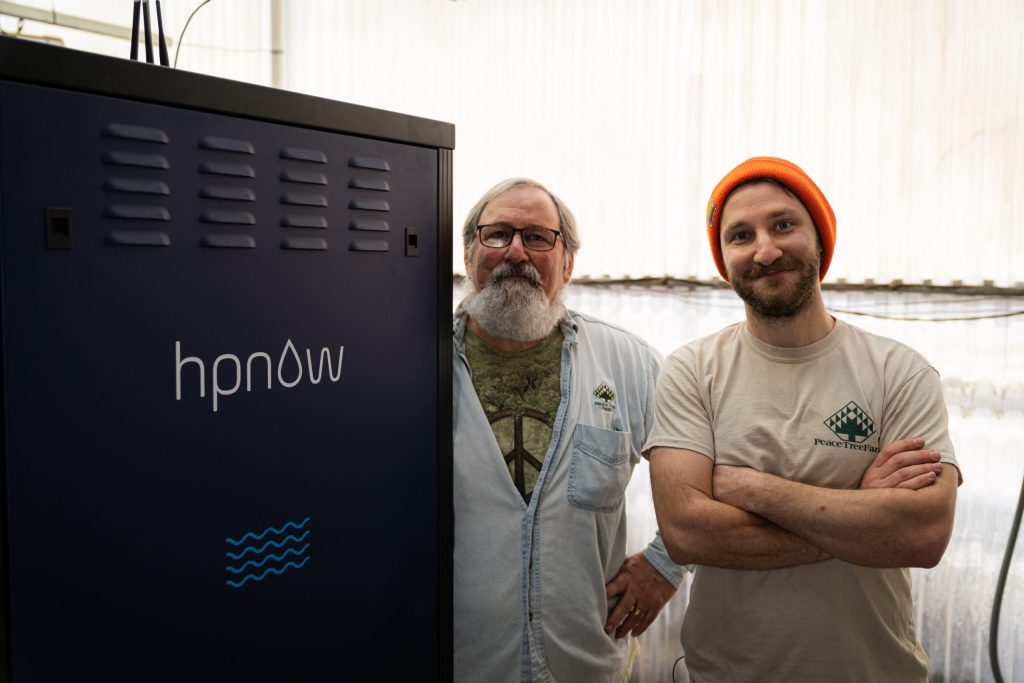 Lloyd (left) and Alex Traven (right) posing with the HPGen™ A2000

The HPGen was installed in the irrigation room and set to automatically fill a buffer tank with Peroxide UltraPure™. Dosing was done through a proportional dosing pump, which is both simple and effective. The system operates completely autonomously, without need for user intervention. Peroxide UltraPure™ is generated at a concentration of 0.25%, which is very safe and poses no danger to humans, plants or equipment, but is strong enough to effect the desired operational results.

“My father and I did 100 percent of the installation for this, and we are by no means professional plumbers or electricians or anything, but we were able to do all of the installation of this, with no outside help at all”, Alex Traven says. “We installed this machine over the summer, and it’s been a really great improvement over what we were using before. We cut down on our chemical use, and on our time that we were spending on doing preventative treatments, and it’s been a really great time and money and energy saver for all of us here.”

“We’re at a major advantage over a lot of other companies with it,” Lloyd Traven concludes. “This is a home-run app. It absolutely is. It just works.” 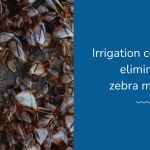 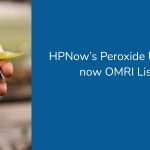