The Huelva region in southern Spain is an important area for agriculture. Dry soil and a warm climate, combined with the use of organic fertilizer, can be challenging for growers, however. A 24-hectare blueberry plantation in Huelva, part of an organization producing high quality organic berries, turned to HPNow for help.

Together with the operators of the farm and leading agronomists, HPNow analysed the site and evaluated how to improve blueberry yields. Two main issues were identified:

On top of this, costs related to these issues were high, with replacements of drip lines up to twice a year, as well as manpower used to identify and replace clogged drippers and ongoing chemical costs to attempt cleaning of the irrigation lines. To overcome these issues, an HPGen™ system was installed and integrated with the irrigation system. Half of the field (12 hectares) was treated with Peroxide UltraPure™ generated directly on site by the HPGen™,  while the other half remained with standard weekly treatment with chemicals. 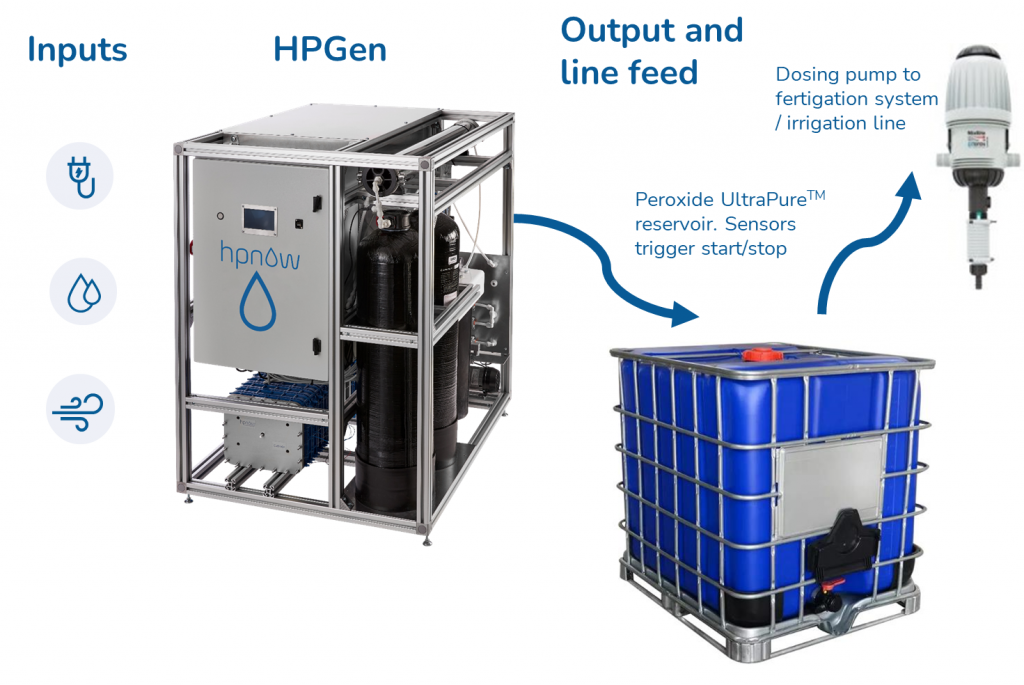 After just six weeks of running with the HPGen™, field operators observed that all drippers in the treated section were flowing, differently from those in the non-treated section where 30% remained clogged. Soil quality was analysed once more and found to be greatly improved. The results indicated organic matter levels increased from 0.33 to 0.80 %. Improvements in the crop were also clearly visible after six months of treatment, with more plant vigor and vegetative growth six months after starting dosing of Peroxide UltraPure™. The plants in the treated section could be directly compared to a section without treatment, where all other parameters were kept the same as the section treated with HPGen™. 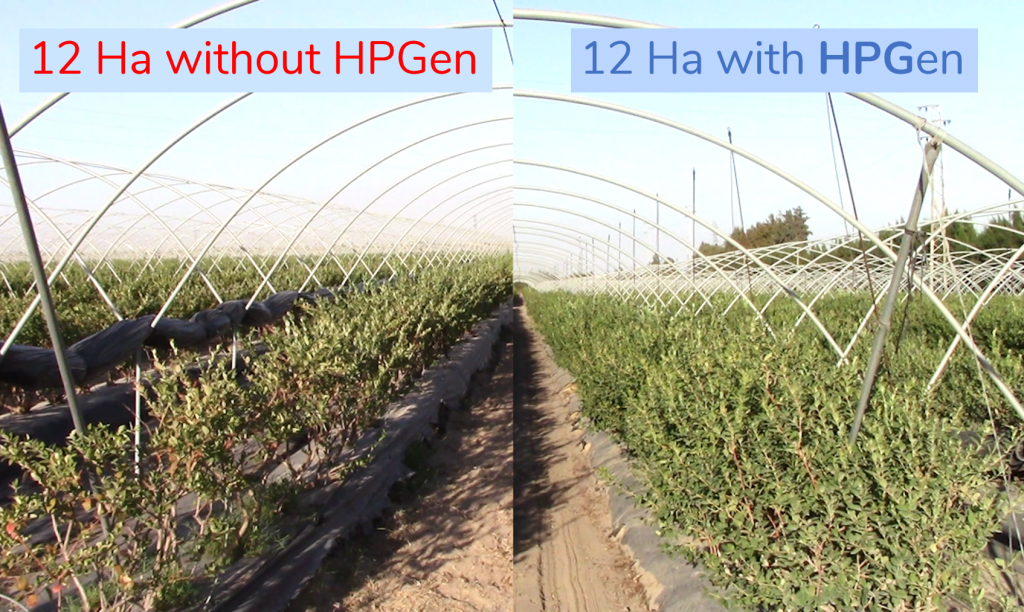 When comparing the two sections, Senior Agronomist Jose Garcia Meca, stated: “In the non-treated sector, the plants are smaller, and the sprouting is substantially smaller than in the sector treated with HPGen.” The drippers in the treated sector were assessed by the grower’s field operator Jose María, who concluded: “HPGen treatment resulted in all drippers being clean.” In addition to uniform irrigation, soil organic matter content dramatically increased from 0.33% to over 0.8%.

With those results, the crop is well irrigated and receives the nutrients it requires, which clearly results in better growth and higher blueberry yields. The results are explained by the oxidizing power of Peroxide UltraPure™, which will maintain irrigation lines clear, while oxidizing positive organic matter in the irrigation lines and making it available to the crop. This ensures irrigation lines are clean and drippers flowing, getting water and fertilizer uniformly throughout the field while at the same time improving plant nutrition. 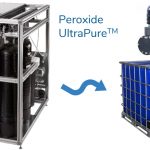 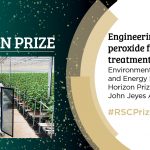